Learn about 16 different types of fiber and textile crafts including embroidery, quilting, knitting, crochet and many more. 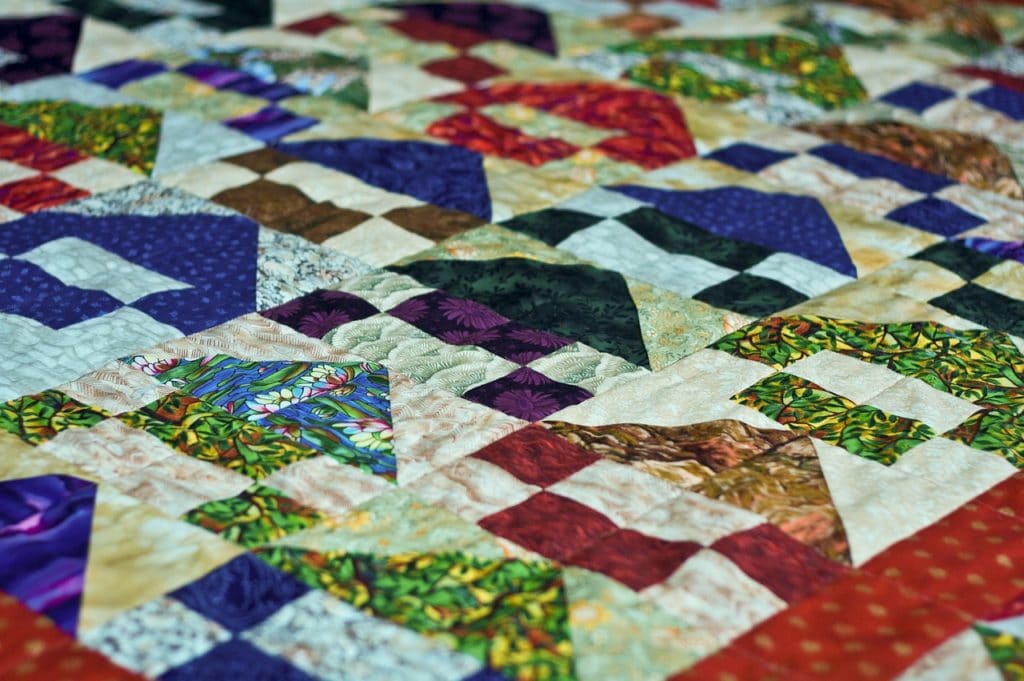 Quilting and quilt art is the technique of using two layers of fabric, usually with a soft material placed in between the layers and then stitched together. Some quilts are hung as art and some are used for more practical reasons like keeping warm. 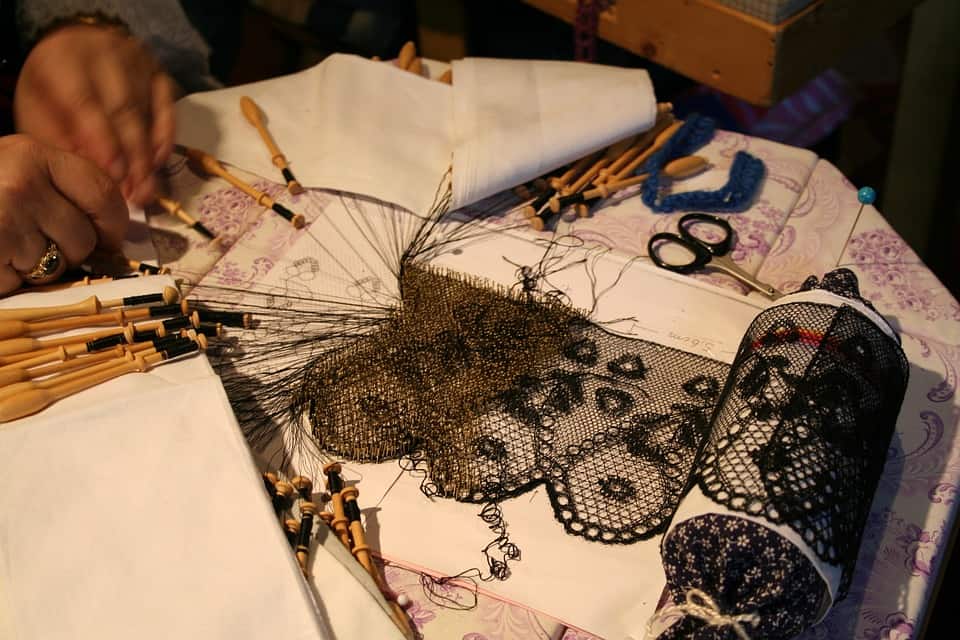 Lacemaking is the art of creating lace, which is a dainty fabric that is usually made up of thread and yarn. It is unknown as to the origins of lace making, but the 16th century was the start of an increase of the appeal of lace and thus production grew. 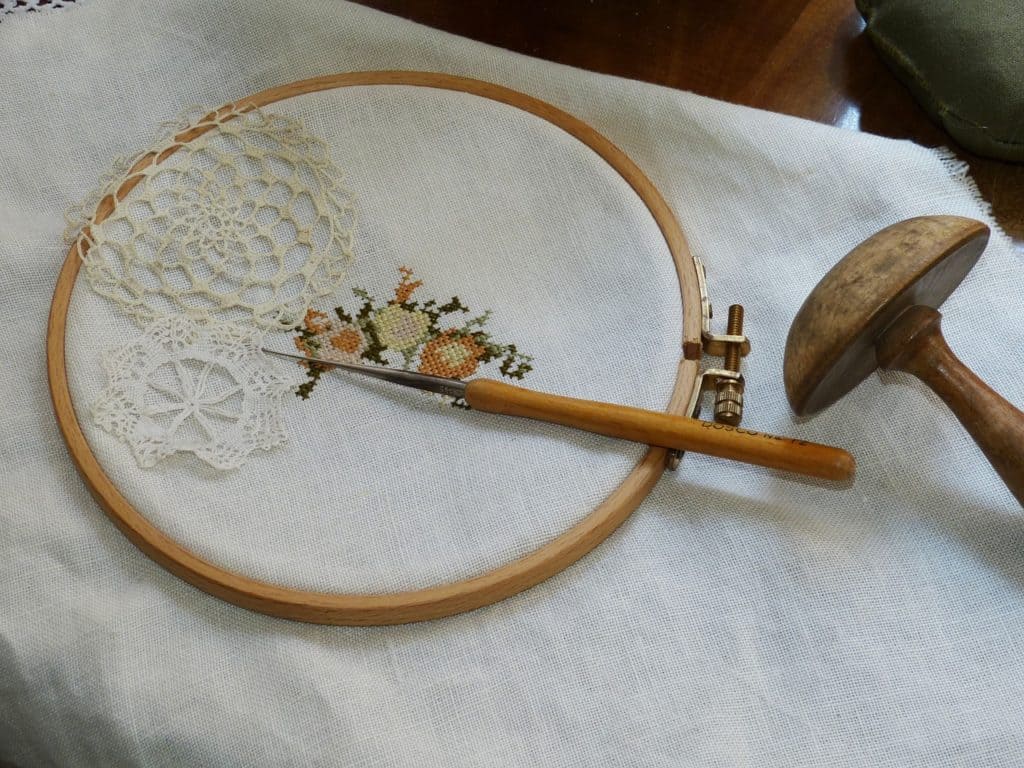 Embroidery is the process of creating designs upon a material like woven fabric, paper, leather and more by using a needle. This can be done by hand or by machine. Sometimes other materials are combined like beads and sequins. 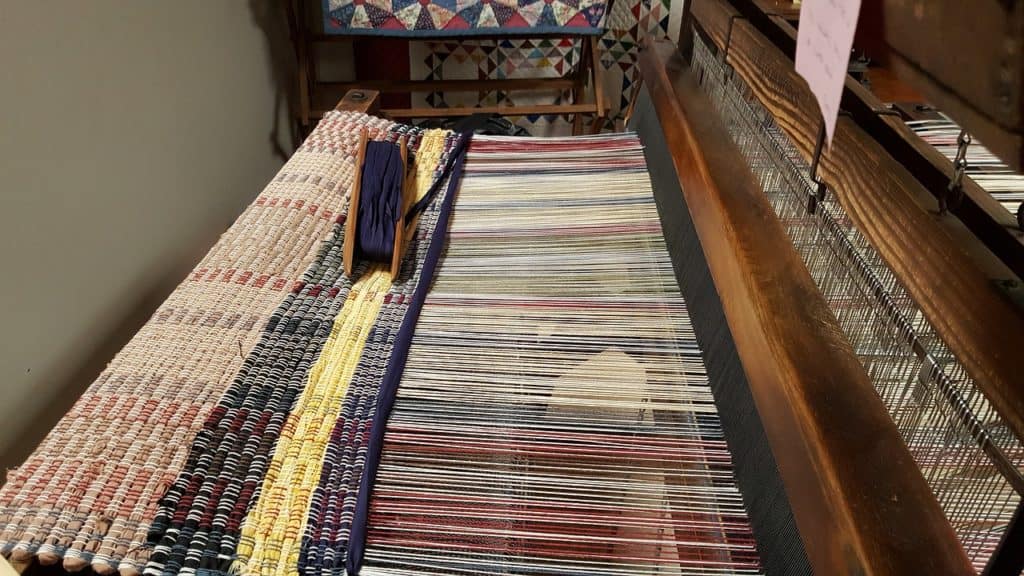 Rope-making is the craft of combining many strands of a material to form one stronger cord. The strands are combined by braiding and/or twisting the material together. Ancient Egyptians are the oldest known civilization to use ropes. 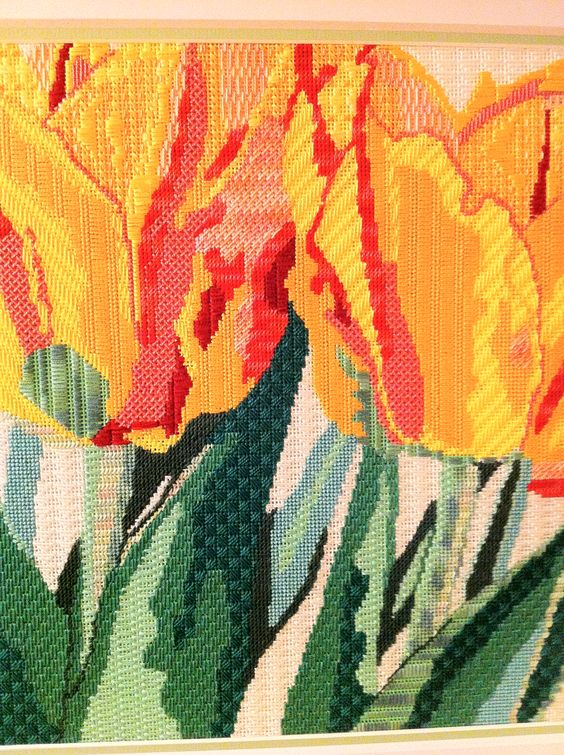 Canvas work is a technique where counted-thread embroidery is stitched onto a canvas or some other type of sturdy material. The most common type of canvas work is needlepoint. Other types include petit point and bargello. 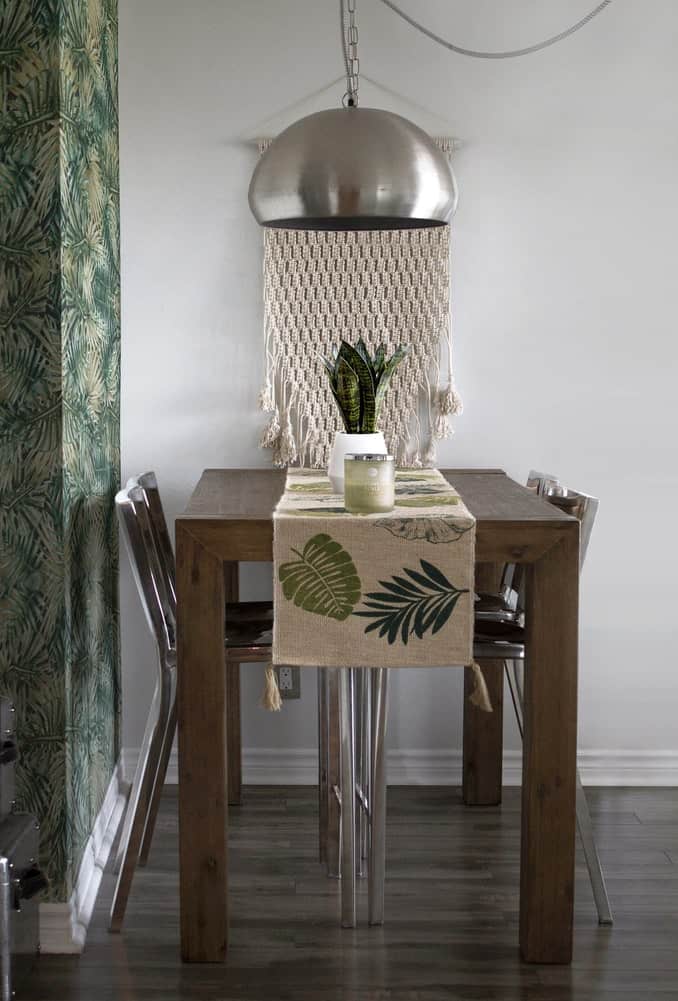 Macramé is a type of material produced when using the knotting technique. This technique is accomplished by knotting threads or cords into a geometrical pattern. The word “macramé” derives from a 13th-century Arabic word “migramah” which means “fringe”. 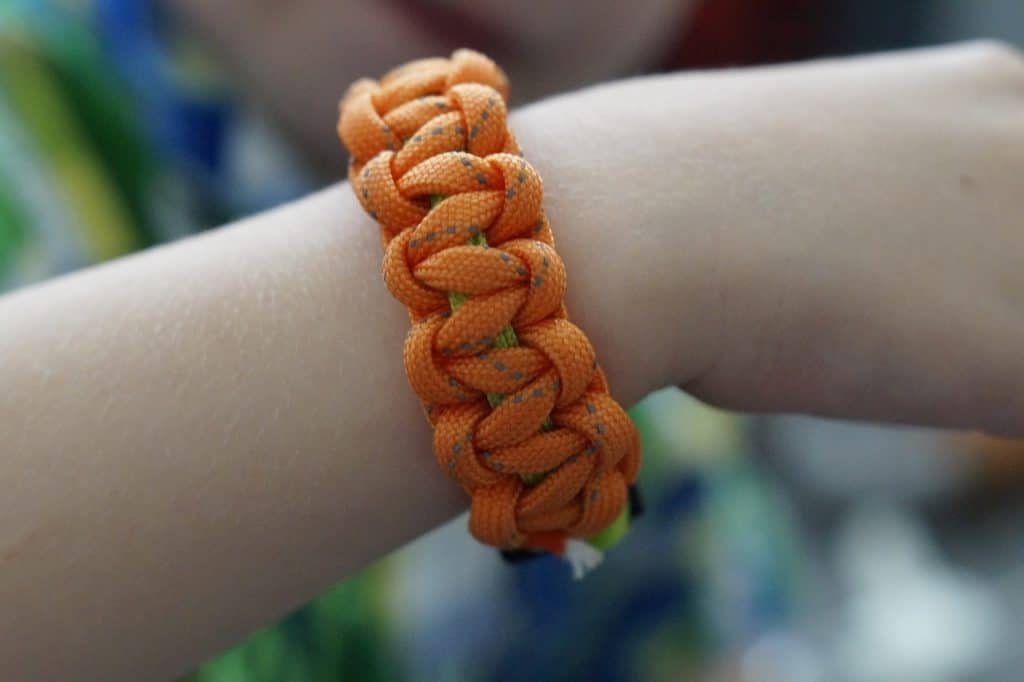 Paracord is a cord that is made out of lightweight, nylon rope. It is used for the suspension lines of parachutes, hence the term, The most famous use of the paracord was during the 82nd Space Shuttle mission where astronauts used it to repair the Hubble Space Telescope. 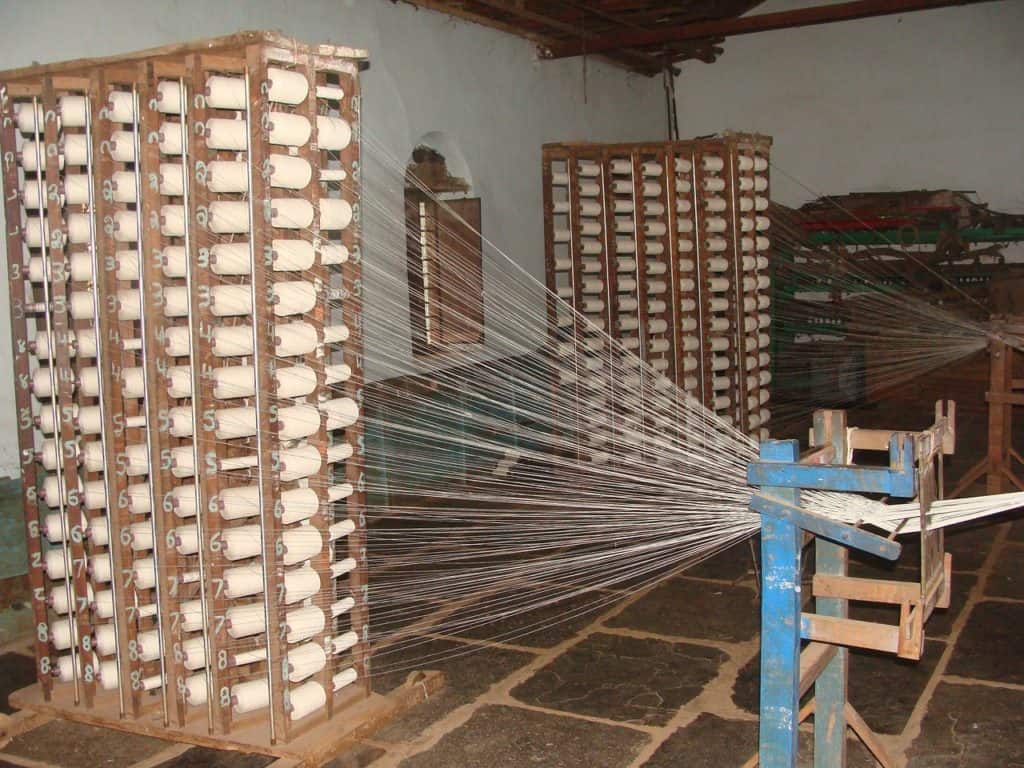 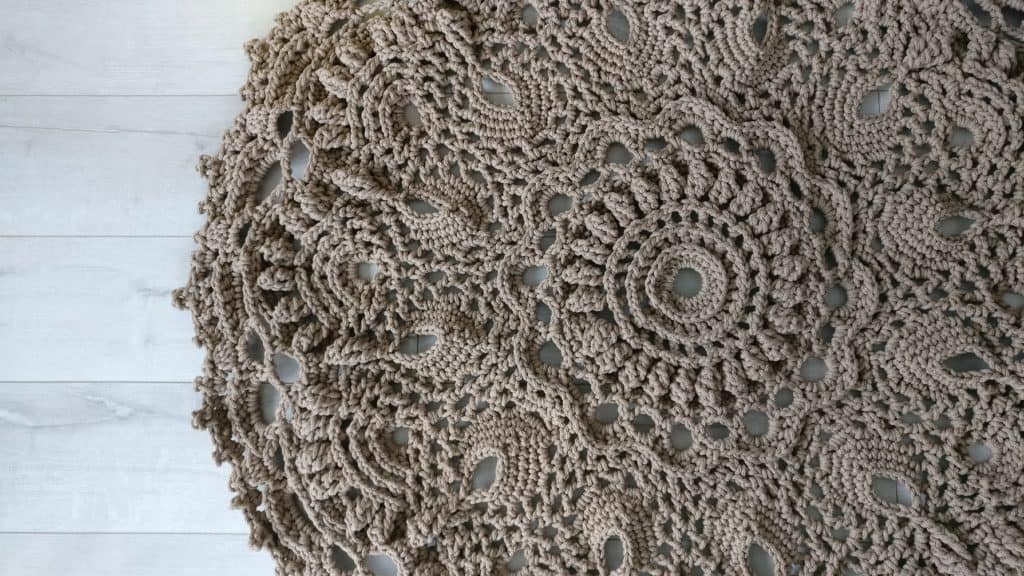 Tatting is an ancient technique used to create lace. This is accomplished by wrapping thread around one or two shuttles into patterns to create rings of designs. This process dates back to the 17th century and is used to make purses, shoes, jewelry, hats, and more. 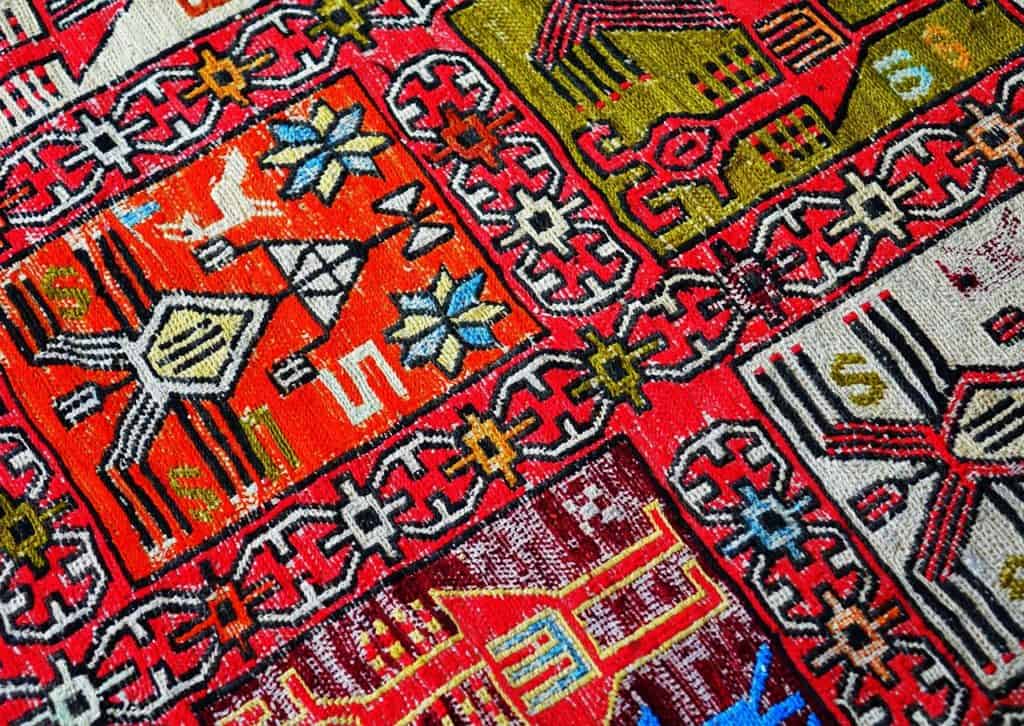 Rug making is the craft of producing a thick fabric that covers part of a floor, which is most known as a rug. There are many types of rugs like braided, prodded, woven, and more. It is believed that the art of rug making has existed since 6500 BC. 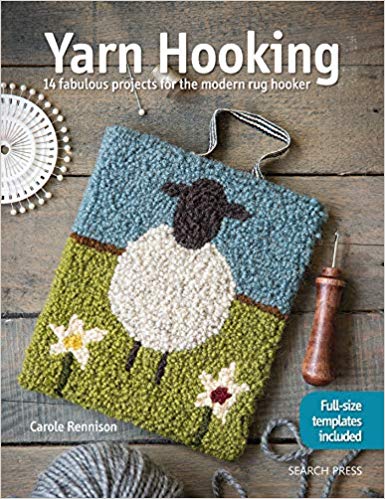 Rug hooking is the process of making a rug by using a technique of pulling loops or fabric through a woven base. This is done by using a crochet-type hooking tool that pulls the fabric through the base material. The oldest known hooked rugs are said to be 19th century floor mats that were created in Yorkshire, England. 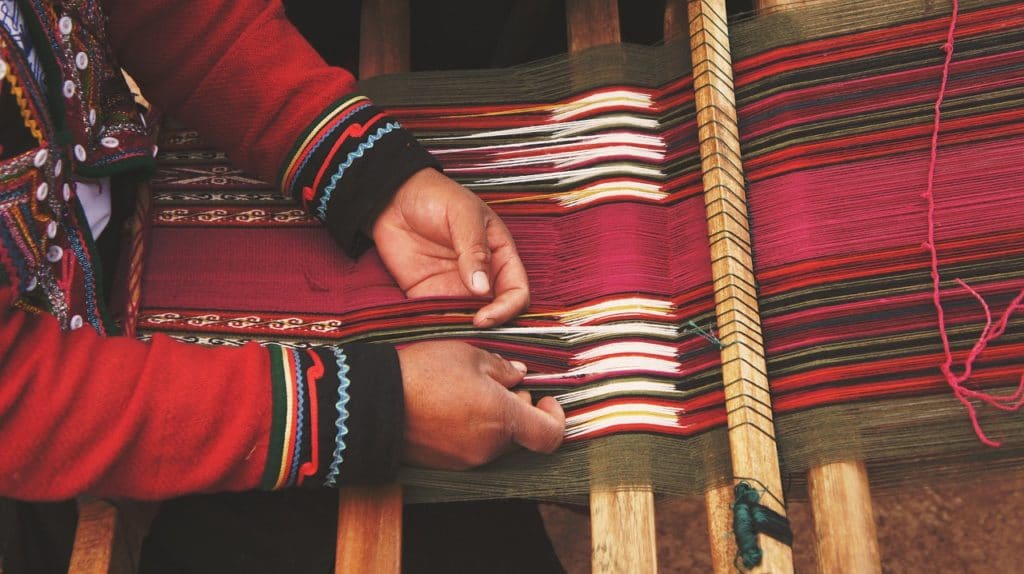 Weaving is a technique used to create fabric by interlacing long threads. This is accomplished by interlacing two sets of threads into a right angle which ultimately forms a square of textile. There are many types of weave structures that can be produced like plain, twill, satin, and velvet.

Knitting is the art of creating a two-dimensional fabric by interlocking loops of yarn. This can be done by hand or machine. The two most popular forms of knitting are warp knitting and weft knitting. The oldest knitted material was cotton socks that were found in Egypt during the first Millennium AD.  Knitting is one of the most common types of textile crafts. 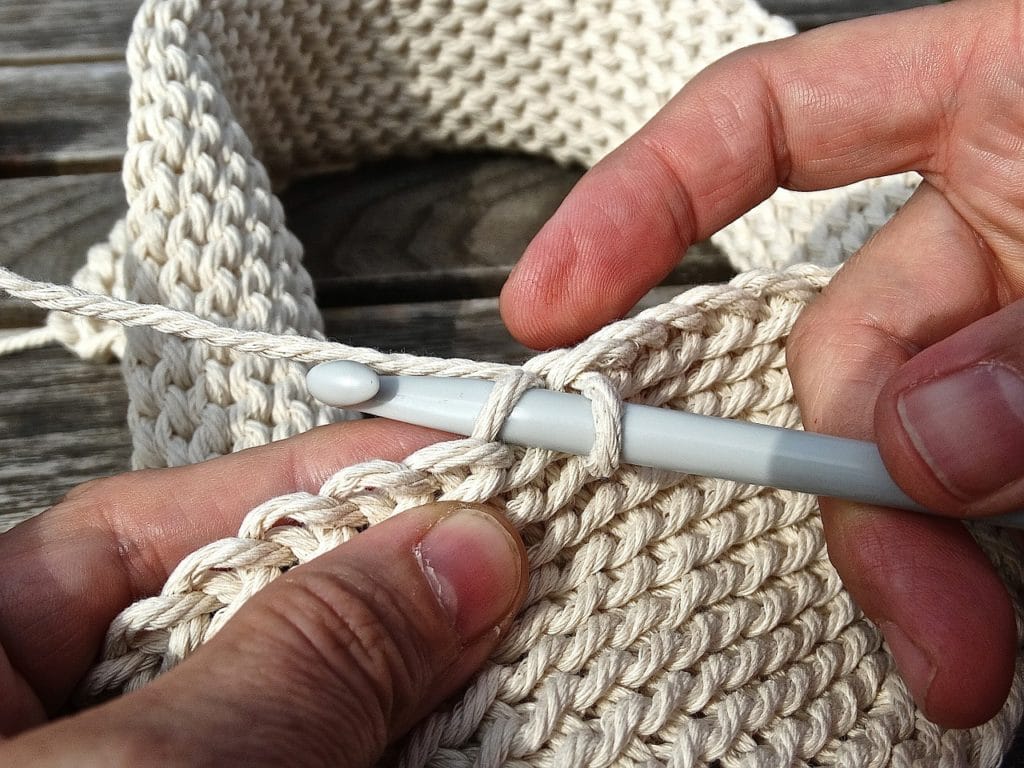 Crochet is a patterned fabric created by looping material with a hooked needle. The most popular material used to crochet is yarn. The interlocking of the loops is done by using a crochet hook. Actually, the word “crochet” comes from the french word “crochet” which means “small hook”. 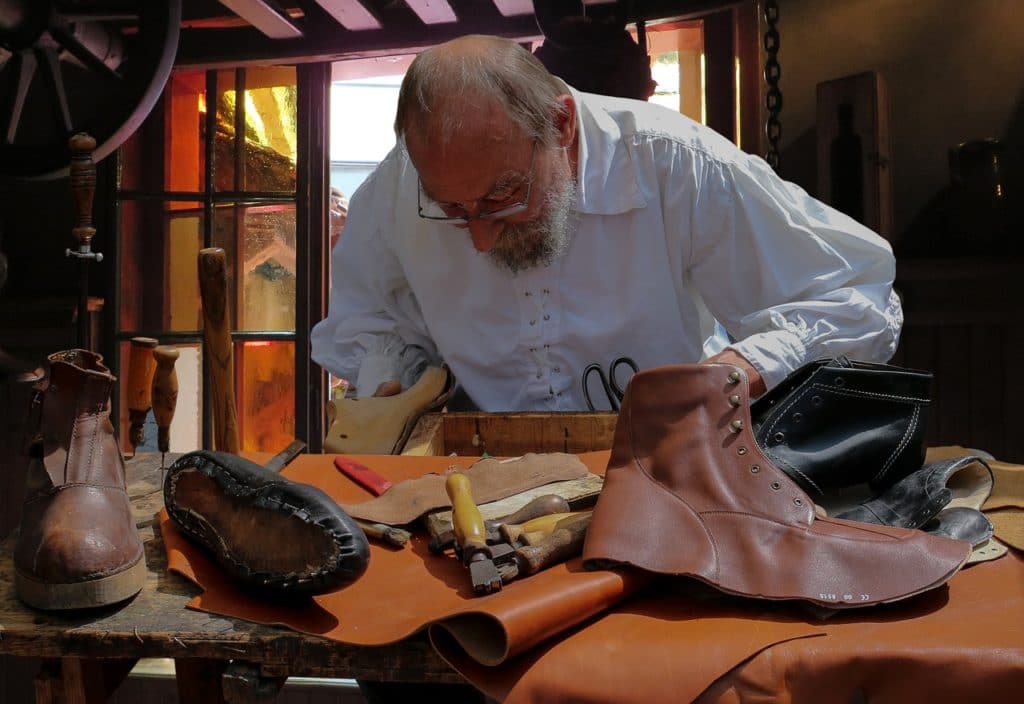 Shoemaking is the process of creating footwear like boots, clogs, and sandals.

Footwear is made with materials like rubber, leather, wood, and plastic. Traditionally, shoemaking was done by solely by hand but these days, most shoes are mass produced in factories using machines. 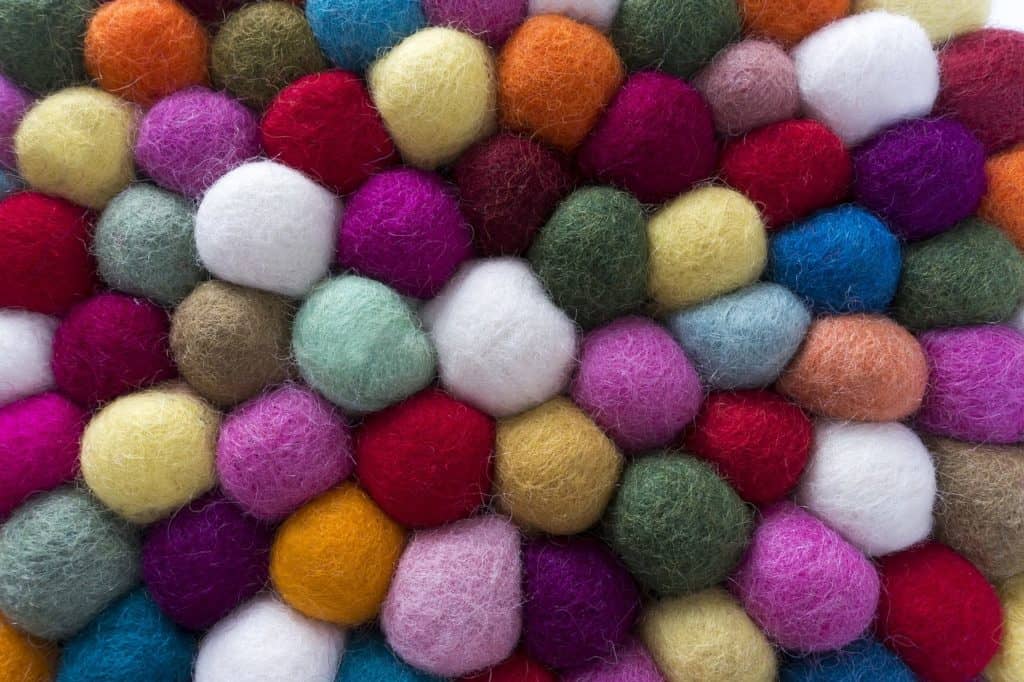 Felting is the act of creating felt fabric. Felt is a non-woven textile that is made out of material like fur, hair or wool that is combined by using heat and great pressure. Felt made out of wool is the earliest known textile to man. There’s a variety of methods use to produce felt like wet felting, needle felting and carroting.

We hope you’ve enjoyed learning about these textile crafts. Check out our post to find the best place to buy craft supplies online.

If you’re a master crafter or hobbyist, and have ambitions about making money from crafts, make sure you read our post about where to sell your handmade crafts online.

report this ad
Crafts glossary is a participant in the Amazon Services LLC Associates Program, an affiliate advertising program designed to provide a means for sites to earn advertising fees by advertising and linking to Amazon.com.
x
We and our partners share information on your use of this website to help improve your experience.
Do not sell my info: